Mar 10, 2012
Biochar is basically organic matter (usually wood) that is burned slowly with restricted access to oxygen. The fire is stopped when the material has reached the stage of charcoal. When organic material is burned at a high temperature and allowed oxygen, it turns to ash. Without access to oxygen during burning, biochar becomes coarse lumps of charcoal that are full of holes and crevices, making them a sort of lifeboat for microorganisms, water and nutrients.

Biochar is used to increase soil fertility. The most interesting thing about biochar is how long it lasts - potentially hundreds of years before it breaks down. Also, scientists say if can sequester substantial amounts of carbon dioxide that would usually be released to the atmosphere.

The idea comes from an area of the Amazon where the soil is very dark and fertile due to a civilization that lived from around 500 B.C. until Spanish and Portuguese explorers devastated the population with European diseases in the mid 1500s. In this region of typically infertile soil, the terra preta - dark earth - is an extremely fertile area that holds nutrients.

Biochar should be used in an organic garden, in addition to compost and other organic amendments and fertilizers. Keep in mind that biochar is not directly a fertilizer. It will help the soil hold nutrients and improve the soil health, but you should use organic fertilizers and soil amendments to get the most out of biochar's capabilities. 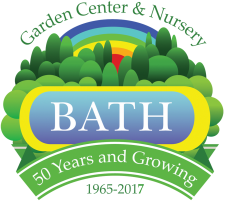 Subscribe us to get latest news and usefull tips.